Welcome, Namaste, Peace, Shalom, Benedicite. May the peace of the Lord always be with you.

(Goddess of the Harvests) range, achapuchare, , sacred to Shiva and never climbed.

"AA Tradition 3  The only requirement for AA membership is a desire to stop drinking. (Short Form)


(Long Form) Our membership ought to include all who suffer from alcoholism. Hence we may refuse none who wish to recover. Nor ought A.A. membership ever depend upon money or conformity. Any two or three alcoholics gathered together for sobriety may call themselves an A.A. group, provided that, as a group, they have no other affiliation."

What about the mainstream Churches?


I think most members of would say that anyone can join them and most services including weddings, funerals and baptisms are public in that anyone can attend.  But beyond this things are hedged around with all sorts of restrictions and rules.  Some of them are never made explicit and create a sense of being in an in Wonderland world to the unsuspecting entrant.


Money certainly comes into it.  Those who pay the piper quite reasonably expect to call the tune. 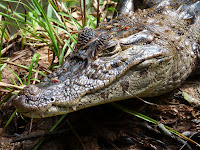 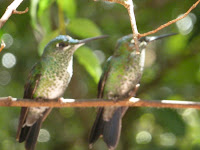 Conformity certainly comes into it.
Many priests enforce their own opinions as to what happens and to whom and how it happens.  Especially regarding weddings and baptisms.  Sometimes quite contrary to the official rules of the CoE.  (If I seem to be singling out the CoE it is because this is the denomination I know most about.  Experience, anecdote and reading suggests it is equally true of the Roman Catholic Church).  The mainstream denominations do not really like those who do not conform, although tolerant of those whose ‘eccentricity’ is within accepted norms.

Most church groups in my experience have some expectation that people will sooner or later (sooner preferably!) conform to the dominant group belief and behaviour norms.  I remember after one service when the vicar had preached strongly about the need for welcome and inclusion, and one person said over coffee “Of course we welcome everyone, as long as they repent and give up their bad lifestyles.”

The Quakers are interesting.  A group can establish itself as a Quaker Group without much reference to anyone, although the website does strongly recommend joining existing groups, but it is not formally part of the Quaker network until accepted, and there is a quite a process involved.  The article says some groups aren’t in a hurry!

When I think of the incredible diversity of God's creation, all those little brown birds for example, almost identical but not quite, I wonder why Jesus' command for spiritual unity should be interpreted as meaning conformity. 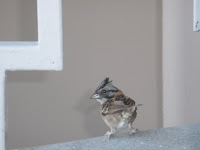 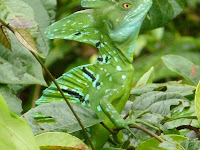 Julian Meetings are not far off:

“Julian Meetings vary and are free to do things in their own way. Our main guidelines are that a meeting is based on contemplative prayer in the Christian tradition and welcomes people of all denominations.  We teach no specific method of meditation. …Those who attend Julian Meetings usually take a full part in the life of their own church, but some have no formal church links.

In our experience, there are three situations in which people consider starting a new Julian Meeting. They are:

AA groups are encouraged to register with the General Service Office in their country and be part of the wider fellowship.  There is no requirement to do this and no charge.  The GSO sends some free introductory literature. The cost is funded by established groups.  There is a helpful leaflet on how to start a group, available free online.


Let’s have a go at Tradition 3.  Remembering Dr Bob’s last words in 1950.  “"But there are two or three things …on which it would be fitting to lay a little emphasis; one is the simplicity of our Program.  Let's not louse it all up with Freudian complexes and things that are interesting to the scientific mind, but have very little to do with our actual AA work. Our 12 Steps, when simmered down to the last, resolve themselves into the words love and service.  We understand what love is and we understand what service is.  So let's bear those two things in mind.”

Keep it Simple is one of AA’s slogans.


Let’s not louse up our Christian fellowship with things that are interesting to academic theologians, Church historians and the hierarchies of religious institutions with agendas based on money and power, but have little to do with our daily life following our Lord.

12 Tradition 3  The only requirement for 12 step Church membership is a desire to love and serve God through following the Way of Jesus Christ.  To know Him more clearly, love Him more dearly, and follow Him more nearly, day by day. (Short Form) (with thanks to Richard of Chichester).

(Long Form) Our membership ought to include all who want to find God through the life and teachings of Jesus Christ and live in accordance with His will for us.  Hence we may refuse none who wish to pray and worship in His name and follow Him. Nor ought 12 step Church membership ever depend upon money or conformity. Any two or three people gathered together for Christian prayer, worship and fellowship may call themselves a 12 step Church of Christ group, provided that, as a group, they have no other affiliation.

Finally where is the support for this in the Christian scriptures, in the words of Jesus in particular?

Jesus said “For where two or three come together in my name, there am I with them.”  Matthew 18: 20 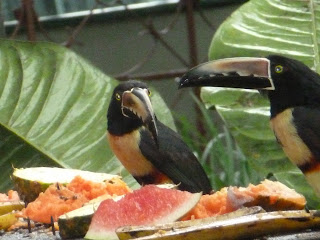 Many (most?) of Jesus’ teachings and actions demonstrate the unconditional inclusiveness of God’s love and kingdom.  Listing them here would produce a very long list of texts all about prostitutes, thieves, lepers, the religiously and socially unclean, sinners of all sorts.  Probably the sort of people you find in 12 step rooms.  Perhaps this is why the presence of God is felt so strongly in the rooms and why miracles of recovery are a common occurrence.


The disciples tried to keep the children away, Matthew 19:14 “but Jesus said, “Let the little children come to me and do not hinder them, for to such belongs the kingdom of heaven.”

Luke 9:49-50  New International Version - (NIVUK)
49 Master, said John, we saw a man driving out demons in your name and we tried to stop him, because he is not one of us.  50 Do not stop him, Jesus said, for whoever is not against you is for you.

Peter was given a vision of God’s inclusive love and as a result the disciples decided that Gentiles did not have to keep the Jewish dietary and circumcision laws. Acts 10, 11 & 15.

Jesus told Martha that ‘only one thing is needed’  Luke .  That is, like Mary, being close to Him and listening to His words. 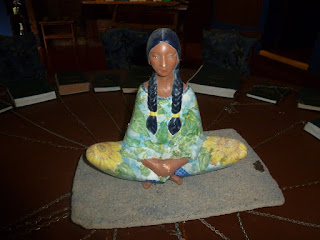 DaisyAnon
Seeking God in prayer, silence, stillness, solitude, simplicity. Finding the good life through application of the rule of St Benedict and the 12 steps of AA and Al-Anon. Thinking about what a church run along the lines of the 12 Traditions and 12 Concepts of AA and Al-Anon might look like.

Bishop of Buckingham recommends the AA model to revive the church

A different idea of Church by Maggie Ross